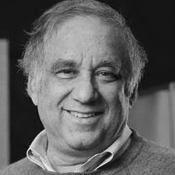 + Read More
- Close
Bob Swartz is an inventor and businessman and began developing Impossible Objects’ technology in 2009. Concurrently, and for over ten years, Bob has been a consultant on intellectual property at the MIT Media Laboratory. He has founded and operated a number of companies, including: a software company that developed a complete version of Unix and C Compilers licensed by a number of major computer corporations including Intel and Digital Equipment Corporation; a multi-million dollar advertising display manufacturing company; a telephony company; and patent licensing companies through which he has licensed his own patents to major corporations such as AT&T, Comcast and Verizon. Mr. Swartz studied mathematics as an undergraduate and was a graduate student in mathematics at MIT and University of Chicago and in computer science at Northwestern University.

After leaving Xerox as CTO in 2019 he served until March 2022 as the Katherine Johnson Endowed Executive Director of the Global Cybersecurity Institute where he served as the founding director at Rochester Institute of Technology from 2019-2022. During that time he also co-founded a startup focusing on using computer vision to improve fine art sales and art identification – Artify.ai – as well as advising other startups and small companies in areas ranging from cleantech to data enabled HR services.

Hoover currently serves on the Board of Directors of Consumer Reports and the Dean’s advisory council of the College of Engineering at Carnegie Mellon University. He has previously served on the Board of Trustees of RIT, the Board of Directors for the Rochester Museum and Science Center, including leading its K-12 STEM Education Task Force; and has been a regional Board Member of FIRST Robotics, an organization which inspires young science, technology, and engineering leaders through mentor-based programs. 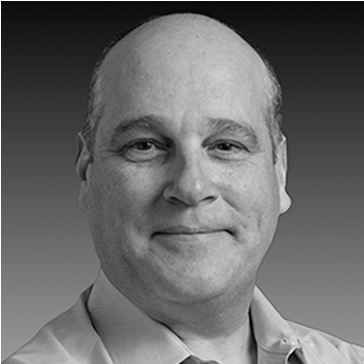 Gintaras Vaisnys has been involved with Impossible Objects since 2016, first as a major investor, then as a consultant. Gintaras served as CEO from 2018 thru May 2022 and currently serves as active advisor and serves on our Board of Directors.

Most recently, Gintaras was co-founder, CEO/President and board member of Defibtech, LLC, a leading innovator and manufacturer of Automated External Defibrillators (AEDs). The company has sold more than 350,000 defibrillators and more than 1,000,000 disposables in over 40 countries around the world and was named as the fastest growing medical device company in the United States (7th overall) in the 2007 Deloitte "Fast 500" list. Defibtech was sold to Nihon Kohden, a leading Japanese medical device firm, in 2012. Gintaras remained on as CEO through 2017.

Defibtech and the products that Gintaras has personally helped design have won Medical Device Excellence awards (2005, 2011), IDSA (Industrial Designers Society of America) awards (2013 and 2004: IDEA awards; 2010: Design of the Decade), and numerous other product and business awards. One of his designs was exhibited at the MoMA (“Design Takes on Risk”, Museum of Modern Art, NYC). Gintaras is a graduate of Yale University (BS, Engineering) and holds more than 40 patents. 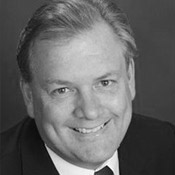 Jeff DeGrange joined the Company as Chief Commercial Officer in April 2015. Jeff is a former Vice President at Stratasys, a worldwide provider of 3D printing technologies and services. Prior to Stratasys, Jeff was with the Boeing Company where he led the certification and qualification of flight hardware built with different additive manufacturing technologies for the F/A-18 Super Hornet and 787 aircraft programs and advanced manufacturing initiatives. Jeff is one of the founders and past chairman of the Direct Manufacturing Research Center (DMRC) at Paderborn University in Germany and serves on several industry advisory boards. Jeff has a B.S. in Industrial Engineering from the University of Iowa and an M.S. in Mechanical Engineering from Washington University in St. Louis. 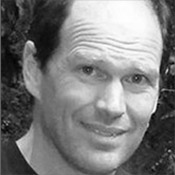 John Bayldon joined the Company as Chief Manufacturing Officer in July 2014 and previously had been a consultant to the Company specializing in manufacturing and mechanics of composite materials. Dr. Bayldon holds an MSc in composite materials and engineering from Imperial College London and a PhD in Theoretical and Applied Mechanics from Northwestern University. Dr. Bayldon’s early career included production and technical management positions in manufacturing companies. He subsequently worked as a principal researcher and as Technology Chief for Composite Manufacturing for the UK’s Defense Research and Evaluation agency in their Farnborough laboratories. Since moving to the U.S. in 2001 (in addition to earning his doctorate), Dr. Bayldon worked as a consultant helping set up the Canadian National Research Center’s Advanced Manufacturing Technology Center in Montreal, and helping the FAA in developing guidance for the certification of composite materials in aircraft structures.